Due to inactivity, this wiki is a candidate for deletion. If you believe this wiki should remain, please post a message at the community portal, or message the Wiki Manager directly. Objections should be made before 19 January, 2020.

The massive gas giant Nema is your new home. Surrounded by rings of metal and rock, the planet is a near-infinite source of fuel. Helium Rain gives you an empire to build and defend against your competitors. It's up to you to decide if you will trade resources, avoid trouble, or start wars. 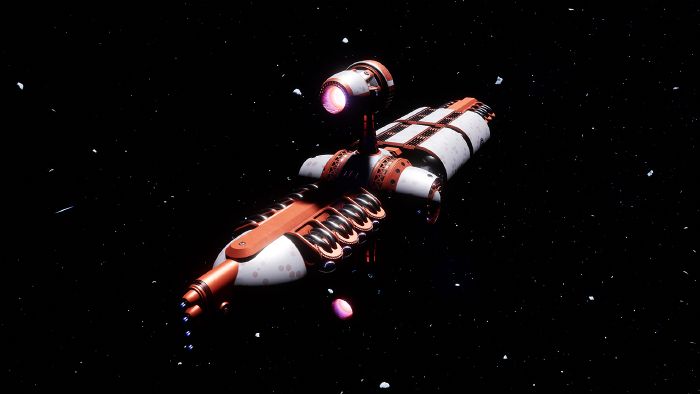 Helium Rain is a game where everything is tied together. Ships and stations are built with resources that need to be mined, transported and traded. The steel you sell to a company will become a ship or a gun. The cargo you're blowing up will create a shortage. The blockade you're imposing will raise the prices. Helium Rain simulates a complex economy where all actions have consequences.

We want to build a world that feels real. Your ships have generators, radiators, weapons, engines, cargo bays or life support systems - they all work together. Every thruster on your ship plays a role. Aim for engines to pin down your enemies, or send them spinning around by destroying power stations. Most of the ships have more than thirty individual parts to target. You can customize the most important components - your main engines, attitude control thrusters and weapons. You can choose your colors, emblem, and of course, you can fly every ship in the game. 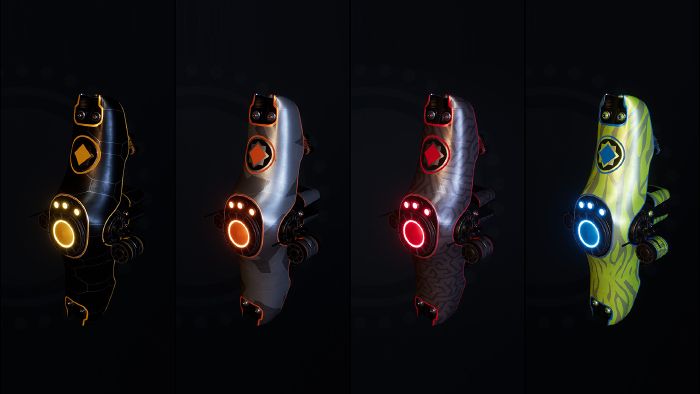 The physics of the game are highly detailed. Power-hungry components will glow red hot when cooling fails, ships and stations can be pushed or thrown out of place, and gun shells have complex trajectories.

The development is tracked on our public issue tracker. You can see the work being done, the features we want to add or the bugs we know of.

The game's full source code is available on Github under the MIT license. Feel free to read the code to look for interesting stuff for your own game.

About your computer[edit | edit source]

The game is built for high-end Windows and Linux computers. We recommend the following:

We don't support Mac OS X or other platforms.

About the team[edit | edit source]

Helium Rain is being made by:

We'd also like to thank Jérôme MILLION-ROUSSEAU for the game logo.

Some of us are employed by another company on top of their work in this project. This game is our own personal work and is not supported by any of our employers in any way.