Spaceships are the vessels piloted by the players in Helium Rain. Ships have generators, radiators, weapons, engines, cargo bays or life support systems - they all work together. Every thruster on a ship plays a role. Most of the ships have more than thirty individual parts to target. Players can customize their ship to enhance their performance or change their visual look.

There are 2 categories of spaceships: the class S (for small) ships like fighter or bomber and the class L (for large) ships like cruiser or destroyer. Each category have a distinct list of upgrade (engine, weapons, etc), a separate production line in shipyards and different controls.

Spaceships may be civilian or military. Civilian spaceships have a cargo bay and military spaceship have weapon slot (for S) or turret slot (for L). 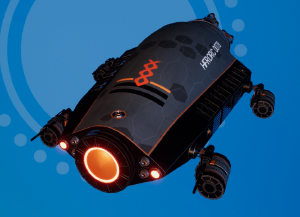 An Orca fighter in ship menu. 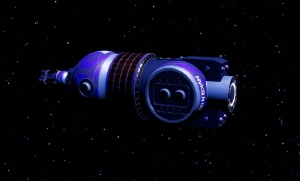 A Solen cargo idle in space. 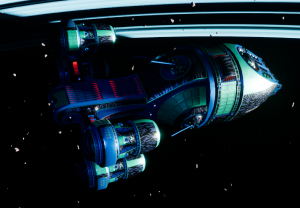 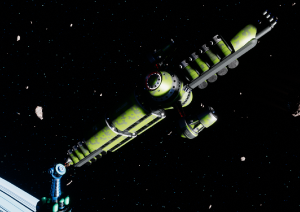 Spaceships can be found at the shipyard, a huge station encountered in some busy sectors. Players must be at peace with the shipyard's owner to do any purchases. To do the purchase, one must go to the "Details" menu and click one of the buttons to order either small or large ships. Once the production price has been paid, the player must wait for their construction to end. The progress can be seen through the same menu.

If there is currently a ship of the same production line in production, one must wait for that task to end before their ship's production begins.

There are two other reasons a ship production might not start:

Building ships becomes more straightforward once the player aquires their own shipyard. 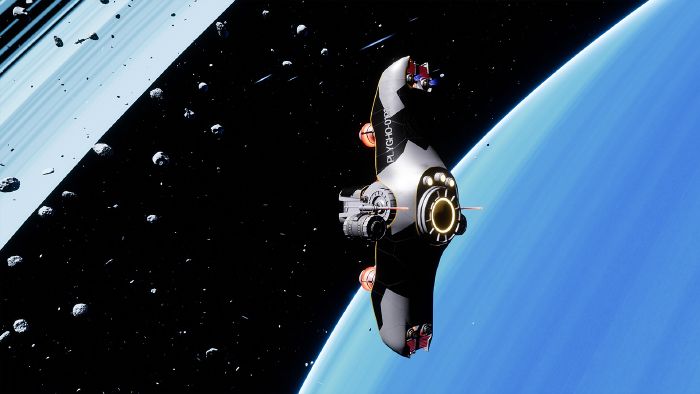